Discover History of Shoes – Why Were Shoes Made?

A shoe is a type of footwear designed to protect the human foot from the elements while also providing comfort. Shoes can also be used for fashion and adornment. Shoes have evolved dramatically over time and from culture to culture, with beauty initially being linked to function.

Shoes have traditionally been constructed of leather, wood, or canvas, but rubber, plastics, and other petrochemical-derived materials are increasingly being used.

Craftsmen used to make shoes in the past. They are now, however, part of an industrial business that earns billions of dollars each year. The shoe industry is worth $200 billion each year.

The style of footwear evolves with time and is impacted by a variety of variables such as artistic, cultural, economic, and political viewpoints, among others. They have a significant influence on the material, shape, and style of clothing, including footwear.

The main world history eras can be used to divide the history, changes, and trends in footwear fashion:

Sandals, which increased in popularity throughout Antiquity due to the establishment of social classes, replaced primitive footwear that was prevalent during Prehistory.

The first footwear constructions were established throughout the Middle Ages, which are marked by humility and feudalism, and the heel was found and widely utilized.

Early modern times saw the Renaissance and Baroque periods, which saw the first appearances of modern footwear. Men’s and women’s shoes were extremely similar at the time. The kind of shoes available varied according to social class.

During the Middle Ages, when feudalism was prevalent, society was separated into classes, with each class having its own set of tasks and obligations, as well as its own set of clothing and footwear.

Heavy, dark leather boots with a heel were worn by peasants and non-noble inhabitants. The nobles, on the other hand, wore more ornate footwear with a wooden heel.

Only the nobles wore prints, jewelry, and other decorative embellishments. These shoes would be custom-made for them by a shoemaker.

Every shoe was different and adorned according to the customer’s mood and wants, making each pair of shoe one-of-a-kind. The Modern Era revolutionized people’s perceptions of fashion and radically altered decades-old shoemaking traditions.

This occurred as a result of new technological opportunities that made the entire shoemaking process considerably easier and simpler.

***See More: To Learn about What Material is Converse Made of?

When Did the First Shoes Appear?

What year were shoes invented? Shoes may have been worn long before this, although evidence of the earliest footwear is difficult to come across due to the highly perishable materials utilized.

The thickness of the bones of the smaller toes (as opposed to the big toe) dropped between 40,000 and 26,000 years ago, according to research. Wearing shoes caused less bone growth, resulting in shorter, thinner toes, according to archaeologists.

The original designs were exceedingly rudimentary, typically consisting of little more than leather “foot sacks” to protect the feet from pebbles, debris, and the cold.

The Stone Age footwear manufacturing technique was considered to be as follows: the fewer stitches, the dryer, and warmer the legs, and thus the leather wrinkled. Given the equipment available at the time, the stitches were little and not very trustworthy.

For new ideas, inspiration, and originality, modern footwear designers frequently go back in history. Since the end of the nineteenth century, nearly nothing has changed in terms of footwear production methods, sewing structures, leather washing, burning, and painting.

How did shoes come to be? Shoes were created to protect our feet from the elements and to provide comfort to the human foot, as stated previously.

Although the exact date of the first shoe is unknown, photos of the oldest shoes discovered show that our forefathers knew how to make shoes out of materials that were readily available in their daily shoes, such as leather, wood, spices, and so on.

When comparing shoes from prior eras to shoes now, the main constructions remain the same: sole, insole, outsole, midsole, top sole, and so on. Let’s have a look at the list below to learn more.

This is the part of a shoe that touches the ground. Although most modern shoes have soles composed of natural rubber, polyurethane, or polyvinyl chloride (PVC) compounds, soles can be manufactured of a variety of materials.

The insole, which rests just beneath the footbed (also known as a sock liner) and provides ample cushioning in crucial regions of your foot while also absorbing moisture, is the inside bottom of a shoe.

Cellulosic paper boards or synthetic non-woven insole boards are commonly used for insoles. Extra padding is frequently added for comfort or to make it more movement-friendly.

The outsole is the hard layer on the bottom of the shoe that makes direct contact with the ground. Rubber is commonly used for the outsole. The outsole adds to the softness or firmness with which the shoe “ride,” as well as its torsional rigidity and flexibility.

The midsole is the layer that sits between the outsole and the insole and is designed to absorb shock. Some shoes, such as running shoes, feature additional shock-absorbing material beneath the heel of the foot, which is where the most pressure is applied. Some shoes don’t even have a midsole.

The entire shoe covers the foot, which aids in the shoe’s attachment to the foot. All components or pieces of a shoe above the sole are referred to as the upper. These are stitched or, more often, molded together to form a single unit, after which the insole and outsole are joined.

Starting beyond the toe and continuing around the eyelets and tongue to the back of the shoe, the vamp is the front section of the shoe.

The medial is the section of the shoe closest to a person’s center of symmetry, whereas the lateral is on the opposite side, away from it. This could be referring to the outsole or the vamp.

Most shoes include shoelaces on the upper, which connect the medial and lateral sections of the shoe once it is put on and help hold it on the wearer’s feet.

The toe box is the section of the shoe that protects and covers the toes. Long-distance runners, for example, require a wider toe box because they have toe abnormalities or endure toe swelling.

***See More: What are Dansko Shoes? Why are Danskos Good for Your Feet?

There are many different styles of shoes available. The majority of shoes are made for certain purposes. Boots, for example, are usually made for labor or severe outdoor use.

Orthopedic shoes are unique sorts of footwear made for those who have specific foot ailments or requirements.

Some types of footwear may fit into multiple categories depending on the activity for which they were made.

Hiking boots, for example, combine many of the protective elements of boots with the added flexibility and comfort of many athletic shoes. Flip-flops are typically associated with informal clothing, however, they have also been seen in official settings.

A shoe suited for sporting activity is referred to as an athletic shoe. Originally intended for athletic use, they are now far more commonly worn as leisure footwear.

It’s also known as a sports shoe, a running shoe, a gym shoe, a tennis shoe, a pair of sneakers (in American English), or a pair of trainers (British English).

A boot is a style of shoe that covers the foot and ankle while also extending up the leg, sometimes to the knee or even the hip. Even if the heel and the rest of the sole are made of the same material, most boots have a distinct heel.

They’re usually constructed of leather or rubber, but they can be made of a variety of other materials as well. Boots serve to protect the foot and leg from water, snow, dirt, or hazards, as well as to provide additional ankle support for difficult activities—not to mention for fashion.

Blisters, bunions, calluses and corns, hammertoes, plantar fasciitis, and heel spurs are just a few of the foot and ankle ailments that can be relieved by wearing orthopedic shoes. They can also be worn by diabetics or those with unbalanced leg lengths.

There are also shoes that are divided into men, women and unisex. For example, high heels are said to be women’s footwear and Oxfords were born for the gentleman, but today there are many oxfords designed for women. Clog or Sandals are said to be unisex shoes that can be worn by both men and women.

***See More: How To Replace An Aglet? How To Fix An Aglet?

Since ancient times, shoes were created with the purpose of protecting human feet so that we can comfortably move and live every day. More and more people are paying more and more attention to the function and fashion of the shoes.

Footwear now gives us more choices in terms of both personal use and fashion.

Hopefully, this article helps you better understand the history of shoes? Why were shoes made? and interesting knowledge about shoes like when did the first shoes appear and how were shoes invented. 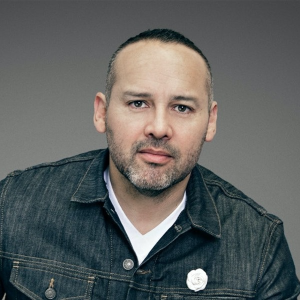 This is the brand that Florsheim partnered with the innovative George Esquivel. The purpose of the brand is an effort to return to those humble roots and continue the brand’s rich, longstanding reputation for quality, craftsmanship, and expertise.

This website has diverse reviews about shoes for you to choose from. It is including in 5 main product reviews that are sports shoes, work shoes, walking shoes, dress shoes, shoes general,… I think these article review in this website so enough information about shoe products beside they also provide the more buying guide and explore useful tips regarding shoes. They provide information about where to buy shoes, how much shoes, shoe resources, and why people should wear shoes?

What Is Capsulitis Of The Second Toe? How To Treat Them?[Expert Tips 2021]

What is Birko Flor Birkenstock and Why are They Popular?

How to Wear Barefoot Sandals?

What Are Clog Shoes? Tips for Walking on Clogs

This website has diverse reviews about shoes for you to choose from. It is including in 5 main product reviews that are sports shoes, work shoes, walking shoes, dress shoes, shoes general,… I think these article review in this website so enough information about shoe products beside they also provide the more buying guide and explore useful tips regarding shoes.

You can find out more about which cookies we are using or switch them off in settings.

This website uses cookies so that we can provide you with the best user experience possible. Cookie information is stored in your browser and performs functions such as recognising you when you return to our website and helping our team to understand which sections of the website you find most interesting and useful.

Strictly Necessary Cookie should be enabled at all times so that we can save your preferences for cookie settings.

If you disable this cookie, we will not be able to save your preferences. This means that every time you visit this website you will need to enable or disable cookies again.